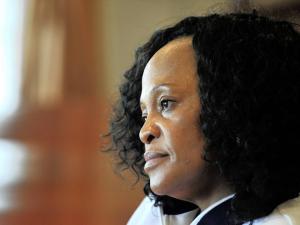 Gauteng premier Nomvula Mokonyane
Imagine having more than R500 000 a year to spend on “deep cleaning” your house, keeping the pool running and fancying up the garden.


Forget about the recession. If you don’t like it, change it.


Re-do the main bedroom, the en-suite bathroom and the dressing room. Add in the kitchen, laundry, a bit of repainting, another cupboard, some new furniture… Oh yes, how about another TV and some new bedding… Oops, the bill just went over R1 million…


Never mind there is more to do… How about R40 000 for an unregistered security business? 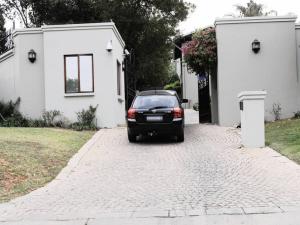 On Wednesday, the Premier’s Office referred to more expenditure.
The questions to the Infrastructure Development MEC were the latest in a series on spending on the house posed by DA MPL Jack Bloom.
“It looks even more fishy than before,” Bloom told The Star about discrepancies raised between the replies. “I’ve already referred the whole issue of refurbishment to the public protector. It all looked fishy. I’ll refer this as well.”
The recent questions were about the cost of maintenance contracts for the house since 2008.
The reply, by MEC Bheki Nkosi, listed work done this year as “replacing security lights”.
The only contractor hired for this year that he referred to was Sonke Plantscapers at a cost of R137 620. The department did not respond to The Star’s requests for clarity on whether that money was spent just on replacing the lights.
Nkosi’s reply said that Keliana Services was paid R547 000 in 2008 (work that year included “deep cleaning of the house, garden service, swimming pool and smaller maintenance”), and R2.7m over 2009 and 2010 (refurbishment of main bedroom, en suite bathroom, kitchen, laundry, dressing room, curtains, bedding and furniture, painting of internal walls, removing old kitchen, supply of TV, and additional cupboard and couches).
In a reply in September last year, then MEC Faith Mazibuko, lists the same 2009/10 refurbishment work, but at the lower price of R2.072m. Mazibuko’s list of contractors for this work does not include Keliana, and Nkosi’s reply does not refer to any of the contractors listed by Mazibuko.
Keliana is understood to be Keliana Management Company, and between Nkosi and the Premier’s Office, they gave three incorrect versions of the name.
“Note that Keliana Management Services is not the only company that provided services in that house; various service providers were used. Security contractor Lengwati is yet another service provider that rendered services this year for roughly R40 000,” said Xoli Mngambi, spokesman for Premier Nomvula Mokonyane.
The Star could not find a security company called Lengwati registered with the Private Security Industry Regulatory Authority – a mandatory requirement.
But The Star did find one Lengwati business – an electrical business – with a valid registration listed on the Companies and Intellectual Property Commission database.
Mokonyane’s office dismissed The Star’s queries.
“I’d like to remind you that in the year 2008, Nomvula Mokonyane was not the premier of the Gauteng province. Therefore, your assertion that the spending was done during a ‘recession’ surely does not apply to Mokonyane.
“Secondly, the Department of Infrastructure Development is responsible for the maintenance of any government property in the province,” said Mngambi.
Although Mokonyane was not premier when the house was bought, the ANC has run the province since 1994. South Africa went into a recession in May 2009, weeks after Mokonyane took over as premier, and more than R2m was spent on the house under her administration.
http://www.iol.co.za/news/south-africa/gauteng/premier-s-house-costs-taxpayers-r25m-1.1120233
Posted by Jazzie at 11:29 AM No comments: Links to this post

Email ThisBlogThis!Share to TwitterShare to FacebookShare to Pinterest
Labels: ANC, Our Governmunt

Don't blame whites for failures of the ANC

Tutu Wake Up and Smell the Coffee!

On Friday, the Cape Argus (12 August) carried, yet again, one of Archbishop Tutu's inane rants that white people be subjected to a wealth tax. Why would he say this when white people already bear the brunt of most taxation in South Africa?

Secondly, he said that had this been imposed at the time of the Truth Commission, it would have made a difference, which itself is an admission that the TRC failed with reparations, which if the truth be told, was never its priority. The Commissioners closed the TRC with a whopping severance package which, given their mission and failure to achieve it, was a scandalous way to end the TRC.

The TRC ranks as one of the world's best efforts at reconciliation, when in fact it failed spectacularly to achieve social justice, compensation and reconciliation. It was nothing but a show trial promising absolution to those who confess while exposing the pain and indignity black people suffered at the hands of the apartheid regime.

Today apartheid has been defeated, yet the ANC government fails to take responsibility for its failure to improve education, for reducing poverty, for creating jobs, for effective service delivery, and for crime prevention. Tutu's rant is tantamount to blaming white people for the failure of this government.

As usual, the Cape Argus continually gives the Arch headlines when on page three a much more worrying report should have received prominence. In the report, Premier Helen Zille reveals that more than 50 percent of primary school children at South Peninsula tested positive for drugs.

This is the tip of the iceberg and points to a country that has failed its youth, resulting in fatherless households, gross youth unemployment, high rates of criminality, and an education system that is one of the worst in the world. The levels of drug abuse at schools are shocking and account for the low levels of education reached by coloured kids on the Cape Flats.

If SA ranks 130th out of 139 countries regarding our education system, then people like Tutu who keeps receiving international awards should focus his gaze where it matters and should stop singling out white people as the problem in this country, and Israel as the problem in the world.

For eleven years Impumelelo has been awarding innovative projects that improve the quality of life of the poor. Hundreds of white people who have been ejected from the system through racism and affirmative action have reinvented themselves and are doing the most amazing work in the non-profit and NGO sectors. They run income-generation projects, they command vast armies of volunteers who tackle the HIV/AIDS and TB pandemics, and they are responsible for vast pockets of social development that the ANC government should be doing.

I can give facts and figures to prove it, not least to point to white business men and women who put money into the education of black youth unlike the majority of the black elite who enjoy their ill-gotten wealth with rank consumerism.

Impumelelo shows equally, that ordinary black people run an incredible range of development projects in both urban and rural settings, especially in areas where government has failed and do nothing. But this is mostly in the NGO sector. Tutu, wrongly, keeps on targeting white South Africa, when black business does very little to contribute to the growth and development of this country.

To demand a wealth tax from whites when the recent Mail & Guardian reveals that President Jacob Zuma's son-in-law, Lonwabo Sambudla, is allegedly involved in a R1 billion tender for new government office space, is obscene. The ruling elite continues to profit from taxpayers' money with ruthless and unashamed greed.

The time has come for Archbishop Tutu to recognise SA for what it is and how he as a leader, together with those who claim the anti-apartheid moral high ground, have failed to create a democracy that cannot provide the most basic of socio-economic rights to black people.

http://www.politicsweb.co.za/politicsweb/view/politicsweb/en/page72308?oid=251207&sn=Marketingweb+detail&pid=90389
Posted by Jazzie at 9:15 AM No comments: Links to this post