Nobody Immune to Crime The head of Crime Line Yusuf Abramjee said there were two attempted burglaries at his Johannesburg home on Saturday morning.
"It seems no one is immune to crime," he said.
His electric fence at his Erasmia home was cut in a number of places and his son's car was damaged.
The security beams were set off and the burglars fled the premises. Abramjee said police acted swiftly.
"They tried at 01:30 and 05:45," he said.
Abramjee said police told him there were seven attempted break-ins in his street on Friday night.
"Three months ago, burglars did the same thing and broke into my wife's car."
http://www.news24.com/SouthAfrica/News/Nobody-immune-to-crime-Crime-Line-boss-20110625
Posted by Jazzie at 9:59 AM No comments: Links to this post 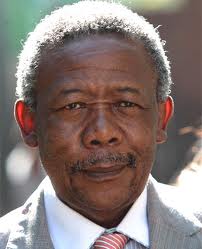 Former police commissioner Jackie Selebi house in Waterkloof, Pretoria has been burgled, Gauteng police said on Sunday.
Lieutenant Colonel Tshisikhawe Ndou said robbers gained entry to the house after lifting the gate off from its rail.
"It is not a robbery, it is house breaking and theft," he said.
He said the robbers made off with electrical appliances including a plasma TV, laptop and foreign coins.
Selebi was not home when the robbers. struck, his wife found a VW Golf parked outside her house when she returned home on Saturday, around 18:30.
"No shot was fired, no pointing of firearm," said Ndou.
He said the incident was not linked to the burglary at the Bryanston home of Gauteng police commissioner Mzwandile Petros.
"This are two separate incidents, they are not linked at all. The one occurred in Johannesburg and the other in Pretoria," he said.
Petros' home was burgled on Friday night. A formal investigation into the burglary has started.
http://www.news24.com/SouthAfrica/News/Jackie-Selebis-house-burgled-20110626
Posted by Jazzie at 9:40 AM No comments: Links to this post 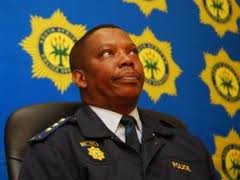 Gauteng police commissioner General Mzwandile Petros and his family were left in shock after a robbery at their home in Bryanston on Friday night, EWN reported on Saturday. Eyewitness News reported that Petros’s wife was inside the house and raised the alarm when the robbers broke. They reported that the family did not come into direct contact with the perpetrators and nobody was hurt.“…Anybody would be shocked at an incident like this, so the commissioner is shocked,” Petros's spokesperson Neville Malila was quoted as saying.The gang got made off with a plasma TV. It is not clear how the robbers gained entry into the property, but it is suspected they climbed over one of the walls.Earlier, it was reported that there were apparently about 20 cars parked outside the commissioner’s house and officials were seen carrying out boxes of evidence.

http://www.news24.com/SouthAfrica/News/Petros-family-in-shock-after-burglary-20110625
Posted by Jazzie at 9:36 AM No comments: Links to this post