A lack of street signs in townships is leaving emergency services lost when they need to reach critically ill patients or crime victims urgently. 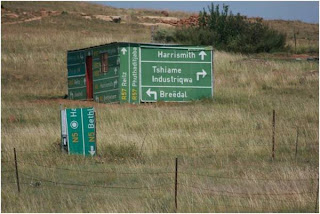 “Because of this problem we face when responding to an emergency, we have to now start using landmarks.”

Posted by Jazzie at 9:21 AM No comments: Links to this post

When the bulbous lady croons

Tuesday, 26 April 2011 14:33 David Allinson
America’s current financial crisis may become the world’s next plague. By any measure, the situation is dangerously close to popping in much the same way a festering boil explodes when lanced.
Virtually every nation with a minority population is heading in the direction that has destroyed the financial sovereignty of America. Of all the mementos passed from one generation to the next, it may be readily stated, with complete accuracy, that the one thing blacks pass on to their children is a lack of personal responsibility: Without personal responsibility society fragments into a miasma of hopeless dependents.
America’s solution to black dependency has led to the creation of the largest entitlement culture in world history.
Obama’s arrival heightened the belief that blacks were finally going to get their ‘stuff’.
These days it’s fairly common to hear a black talk about “Obama money” – As though Obama, alone, created. “Obama money”, as it is called, represents the mindset that expects and demands “‘more and more and more free stuff” - At tax payer expense.
In fact, Obama’s 2012 budget is so huge - stuffed with entitlement programs for wounded, helpless, victims – that by year’s end an additional two trillion dollars will be stacked on top of America’s impossible debt.
With Obama insisting America must serve as the model for ‘human decency’ and ‘compassion’, it seems reasonable to expect other nations, like South Africa, to toss caution to the wind in favor of dumping money on blacks demanding “more and more and more” from responsible citizens.
Other than plants, I can’t think of another living thing in this universe that is so loathsome, so inept, so unintelligent that it cannot be held responsible for its behavior. According to misguided white altruists, however, blacks are nothing less than close descendants of some sort of bipedal plant now extinct or, perhaps, hiding in the jungle somewhere using a false identity. What ever the case, those of us who see into and through the crippling errors of liberal altruism have a much higher opinion of the ability of blacks to manage their lives quite well – When they’re held responsible for their behavior.
This brings us to the notion of accountability. No person is likely to act responsibly in the absence of accountability as President Johnson and many, many others have sorely learned. President Lyndon Johnson’s vision of a grand, great society included the construction of apartments that would house minorities. The cost for those apartments, at the time, was staggering. 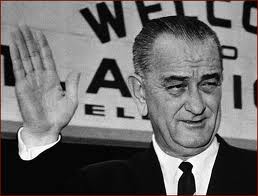 President Lyndon Johnson
As it happened, a family friend, Bob, was directly engaged In the creation and construction of Johnson’s dream houses. Bob was ecstatic that America was finally, FINALLY, doing something for its “poor, victimized, tragic, sad, pathetically inept blacks”.
The day came when Bob drove to Chicago to celebrate the grand opening of Johnson’s dream. Late that evening, Bob returned, filled with rage, confusion, dismay, disappointment and a little sorrow.
It seems black families had already destroyed almost a quarter of the housing units. Refrigerators, washers and driers – anything that wasn’t nailed down - disappeared. Bob was dumbfounded.  He had imagined that providing free housing, free benefits – free ‘everything’ - to blacks would somehow cause them to manifest behaviors consistent with someone who believed he is accountable for his actions.
As Bob learned, as many Americans have painfully learned, blacks are just as human as the rest of us: Give them an inch they’ll take a mile.
Take for instance Oprah Winfrey. In the early nineties dear Oprah decided to prove that with a little financial incentive, blacks would achieve ‘great things’. Oprah and friends devised a program. They sent out ads requesting volunteers to take part in a program that would provide them a pathway to ‘freedom’.
Over two hundred fifty thousand people applied. Oprah and friends hand selected the best one hundred applicants from the lot. 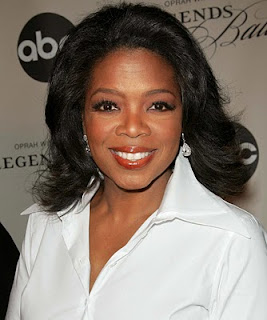 Oprah poured millions of dollars into her ‘miracle program’.
Within a year she quietly shut-down the program.
Not one of her ‘hand-picked miracles’ evolved into anything remotely resembling a responsible human being.
In fact, Oprah’s volunteers scurried off like a pack of well-fed rats – with so much as a “thank you sister Oprah for proving how stupid you are.
Let’s face it: If Oprah cant’ do it what makes any government, or any altruist, believe they can do it?
Even with all the evidence that has mounted over the years, one nation after another is struggling to model itself after America’s failed notion that if you give a man a fish - he’ll keep coming back for more.
After all, there is nothing so mysterious or complicated about fishing that a motivated person can’t learn how to do it on his own – But that implies taking personal responsibility for one’s well-being and, as we know, dependent blacks reject that notion with every ounce of pathetic passion they can muster.
The fact is America’s heart is in the right place: Americans want to be helpful to the helpless.
This fact is also true: America is being scammed by a population of con artists and their supporters whose guiltless behaviors allow them to believe they owe no allegiance to other human beings – regardless of the destruction their actions produce.
One has to ask how the ‘entitlement culture’ will react when the endless stream of cash being thrown at them suddenly disappears. Does anybody even reasonably believe they will react favorably?
In fact, this summer will begin the process of affirming the rights of all social dependents. The process is most commonly known as ‘revolution’. Blacks, Hispanics, Indians,
Progressive whites, unions and many radicalized groups have bonded together to form an odd assortment of victims whose goals are to disassemble the constitution to make it more favorable to dependency. Dependents have come full circle with their demands, even going so far as to believe home ownership, food, medical care, schooling are a ‘right’. The concept of ‘earning these privileges’ is never mentioned, of course.
Fact is, America’s problems are much, much more than financial.
Watching America’s ever-expanding debt crisis is like watching a finely-tuned female opera singer destroy herself. The day will come, and soon, when she will walk onto the stage to sing her final aria. The floor will pulse and rumble as her massive frame slowly, painfully moves across the stage. Applause will rapidly die as the audience consumes her disgusting visage; they remember when she was young, vital, strong, purposeful and well-defined. Today, she is little more than a second-rate wench whose few remaining attributes are hidden beneath layers and layers of rotting adipose tissue.
As has been true throughout human history, the dependents America has nurtured will eventually destroyed her. This strange, suicidal relationship has plagued nations for as long as nations have existed: An irresponsible, dependent group demands nurturing from a responsible host. When all the circumstances are measured, dependents don’t really care what will happen to their American host – Like locusts, they’ll find another nation to pillage.
As South Africa moves ever closer to the American ideal, the pains attending the illusions of social and economic justice will eventually raise an economic boil of monumental proportions and, as South Africans will rapidly discover, lancing the boil is not without dire consequences.
http://www.praag.co.uk/columns/david-allinson/655-when-the-bulbous-lady-croons.html
Posted by Jazzie at 8:02 AM No comments: Links to this post